British Bengali Identity: The White Elite and the Brown Other


In this post, Sharifa Khanam discuss the role skin colour plays amongst British Bengalis, how it is more than skin deep, tainted by its history and contemporary ideologies in relation to identity politics. Due to her heavy interest in Sociology she often questions the social narrative of individual agency that has shaped the importance of light skin in the everyday, and how this influences one’s understanding of their position in the Bengali community.

Whether in the East or West, skin colour is an unavoidable topic that pretty much every South Asian person has a share in. Our obsession with ‘fair’ complexions stems from the indoctrination that fairness can generate and guarantee economic and social privileges, an idea which is created and further reinforced by the family, the collective community, marketization, as well as the media. Whilst the desire for a fair complexion is to a degree an individual choice, and one has the right to choose this option, contextualising where and how this phenomenon emerged, how it took shape and the impact it has overall in the way we navigate our society must be examined. This blog touches upon the existence of the white elite and the brown ‘other’ within the Bengali community, and what may have led to the emergence of these two groups, which impacts the everyday lives of young British Bengalis today.

Whilst the binary distinction of black and white is part of how the older generation of Bengalis view and talk about skin colour, within the younger generation of British Bengalis (30 years old and under) this distinction has shifted to that of white and brown – what I conceive as the white elite and brown other. The white elite, the minority that is promised to have it all enjoy a high social status in the community, the best potential suitors out there, the favoured ones in the family, the true beauty of the Bengali community. The brown other is the exact opposite of the white elite; the outcast, those that will and will always be lacking, no matter their economic and social might. Till this day these binary groups exist, so the foundational belief of what white and brown skin colour means for the individual still endures, but how they pursue the skin colour they idolise has evolved. In the past, the mechanisms by which light skin was pursued may have been limited to make up and creams, but this has now expanded to tablets, ampoules, instant whitening masks, injections etc.

Now due to this indoctrination many are conditioned to perceive fairness as the desired skin colour and being brown as inferior. It’s as though one is threatened with exile from the community even though the colour brown is more common amongst the Bengali community. This marvelling, hailed, stress-inducing topic is the epitome of the compelling life journey crafted by our colonial British legacy and further perfected by our predecessors. However, in a visually orientated society, marketization and the media have taken the torch from our predecessors and taken skin colour to new heights.

Young Bengalis residing in western countries often tend to idolise this fair with an Arabian glow tone, since even actors are criticised in the media for looking too pale/pasty (here ‘pasty’ means looking unhealthy). Therefore, a light tan on top of a fair skin becomes sought after. 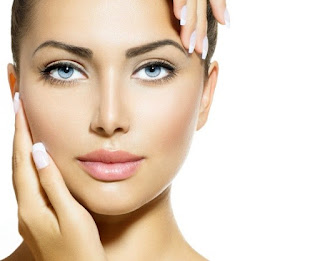 This next picture is of Kajol, one of the few Bengali actresses in the Bollywood industry, who was also hailed by some as the Queen of Bollywood at one time. Whilst she is loved by many, her Asian skin tone was always a subject of discussion within the older Bengali generations. Often they would reinforce the idea, at times subtly, other times frankly, that if you look like Kajol on the left perhaps you ought to do something about it until you become just right to be part of the white elite. Thus avoiding stigmatisation of being the brown other. 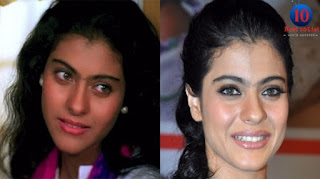 Subsequently, the next three images demonstrate the role of the media and marketization in conditioning young Bengali girls to look like a particular ideal. The Bollywood industry has predominantly bypassed actresses that represent the majority of Asian women in physical appearance, and put forth only actresses that either already look Caucasian, or a westernised version of Asian women, or have been lightened to look Caucasian. 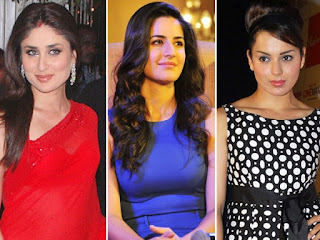 The impact of this is far more detrimental than one can often imagine. Firstly, we have young Bengali girls questioning and confused as to why now more than ever there are very few actresses that look like them. Secondly, more and more young girls are seeking out skin bleaching dermatologists and have been successful in becoming the (literally) white elite. The irony of this is that whilst Asian cinema, i.e. popular culture, acquires Caucasian-looking actresses, western media tends to favour and employ actresses/models that look Asian (as often described by the youths).

In order to grasp the politics of skin colour and identity in the British Bengali community, understandings of its colonial legacy and independence from Pakistan are crucial, as much of the tension created around their presumed identity stems from this history. Particularly since those considered ‘fair’ often state that they are categorised as either being Pakistani or Indian. The lack of investigation of this area and its relation to the politics of beauty and skin colour has thrown, many of the youth into confusion as to why this community is so readily consuming these ‘aggressively marketed’ (The Times India, 2009) whitewashed images. All this further perpetuates the superiority of the white elite in the Asian community, and the casting out of the brown other.

Similarly, on the far right you have the Bengali community who have come up with multiple shades of colour to compensate for the brown other in the Bengali community, like light brown, slightly brown, and tanned. Likewise, before and after the Korean artist Psy, there’s the Kpop (Korean pop) industry, which appears to have its arms nicely wrapped around the globe. I find more and more British Bengali females idolising these Kpop idols, who look brown at times off screen but on screen look whiter (see image below). Just like in the Bengali community, whiteness by Kpop is glorified as it is associated with innocence and purity. Being brown can be associated with being provocative and often sexualised. It is one thing living in England and constantly being bombarded by white beauties and ideal femininity according to Western standards, but when the East starts adopting a very Western standardisation of beauty, it appears as though there is no escaping. 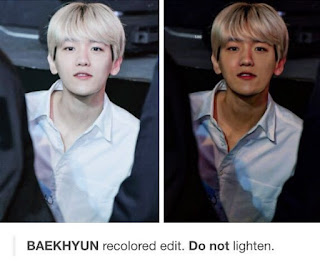 The current situation young Bengalis in the West find themselves in is that whilst their family residing in the East are at ease in opting for lightening creams and openly discussing them, here in England the condition is rather perplexing. Very few will openly express favouring skin lighteners, and others will resent it. Then there are those who feel obliged to express dislike towards this practice, whilst potentially, secretly using them. With endless lightening products available and the concept of tanning gaining popularity; the white elite can become tanned and the brown other can be white- creating an impression that both can dip in and out of each other’s identity. It would be interesting to examine how the younger generation will deal with being a darker shade of pale in relation to the politics of skin, hair, and eye colour.

I would like to end this post by asking why has the white elite both within the Bengali community and more broadly has not lost any credibility over time. Just like money is paper, white is just another shade of colour after all, and yet as a Bengali woman, I still see the youth willingly and vehemently defend the value of whiteness, which leads me to believe that skin whitening as a practice and its pursuit will only continue to evolve and grow stronger.

Skintrium (2015) Skin Lightening Soap: So Much More Than a Cleansing Bar. Available from: http://blog.skintrium.com/skin-lightening-soap-so-much-more-than-a-cleansing-bar/

The times of India (2009) The Indian obsession with ‘fair’ skin. Available from: http://timesofindia.indiatimes.com/life-style/beauty/The-Indian-obsession-with-fair-skin/articleshow/4950626.cms

Thank you for your message. We appreciate your time and will get back to you as soon as possible.